This blog has been silent long enough. The rythm of the world has changed lately a lot and the logickal reason for posting activity before this was obvious: we were planning/manufacturing/decorating and no time to nerd and stuff. So the new normal started in march and we had to figure out what to do. All gigs were cancelled during 6 months and nothing certain was in sight. So this was perfect time to get inspired, travel, learn new skills and test new techniques.
My personal goal was to create a new deco setup themed by black and white colors, tekno music and mathemathics. And to combine it with realtime rendered visuals (videomapping). As many of you may know, older Decotiimi's art pieces are done by crocheting. And crocheting is counting stitches right? So what if mathemathical structures of rendered visual videos were combined to crochet patterns?
The most facinating structure with visuals has been Lindenmayer System, structure for example of branches and plants.
You can see more info here:
https://en.wikipedia.org/wiki/L-system
http://paulbourke.net/fractals/lsys/
So basicly the drawing structure goes by determinating starting angle, drawing length of the premise and position, angle and number of generations. I could tweak this to the crochet pattern by using tulle fabric's "cell structure" as a base, the cells are forming 30, 60, 120  degree angles. The best looking pattern was calculated by creating 50 stitches from the center upwards, turning 60 degrees and reducing 10 stitches from the length of the "line" and continue til there was 10 left and mirror the same backwards. 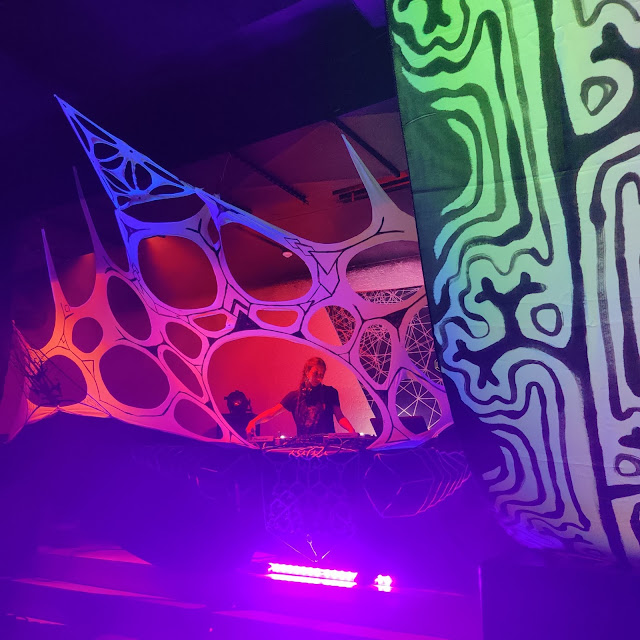 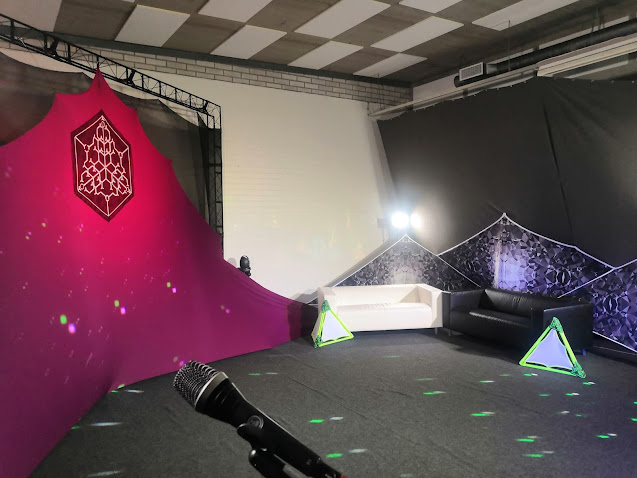 Visuals on top of the deco set, mapped on sewn & painted lycra + mesh hologram effect, Vid. by Miika
And the same L-system effect can be seen in visuals too: 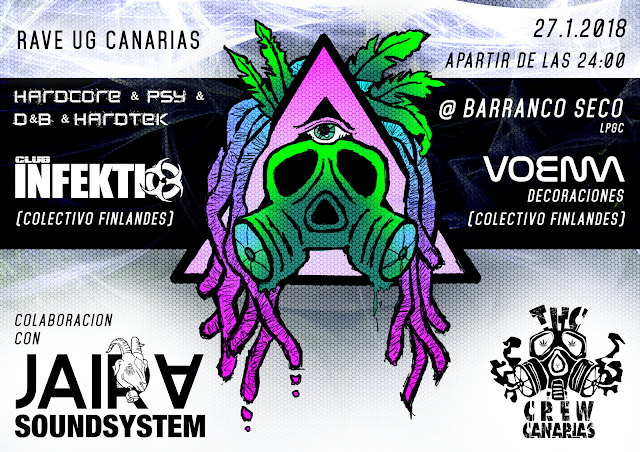 This year started with the first abroad gig ever. (OMFG) I have been travelling to Canarias almost each year and now had a chanse to make party there. Past year while spending one week at Gran Canary I visited local underground party and made a new wonderful friend, Rocio. Later that year she visited Kosmos Festival with us and we started planning to make our own fiesta.

All planning was made beforehand via Facebook, Rocio handled all the connections in the island and I helped making poster graphics & a Facebook event. To make things more epic, I collaborated with DJ Noizu from Club Infektio to throw a set in the party. The venue was the same as before, an old concrete bunker near Las Palmas, at Barranco Seco. It has been a very popular party venue during last 10 years.

The local party organizers JairaSoundsystem and THC Crew handled the DJ gear and sound for the party and my job was to bring decorations and lights. As a cheaply living hippie, it was obvious to travel only with hand luggage so some next level planning & tetris skills were needed. A random cheap bag was found from flea market, perfect for the job. A small and effective enough Uv light was found from Discoland, other led lights I borrowed from friends. The most compact deco set for travelling was lycra, crochet pieces and few paintings along with installation gear, yarn, clips, cable ties etc. All sharp objects we had to buy or lend from the island. 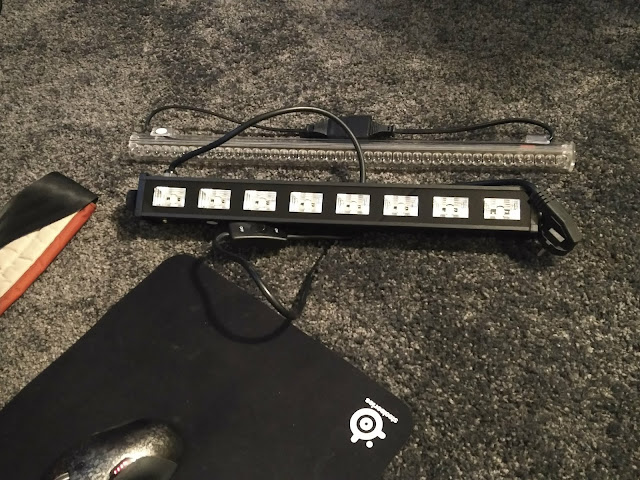 All things fit in the bag and we were ready to go. During the first days of the week we gathered all the accessories for decorating and met the local crew. We also went to the venue to do some serious cleaning. Okay, Finnish hippies can be tidy. At the venue there was literally 10 cm thick pile of shit in all corners. Bottles, cigarette ends, plastic mugs and enough abandoned clothes to dress up all our DJs. With the motivated crew we swiped away all the trash in few hours.

Next target for the day was a local supermarket to get cheap beer for the party. A lot of cheap beer. 500 cans would do. There was no need for gym after carrying around all those cans :D 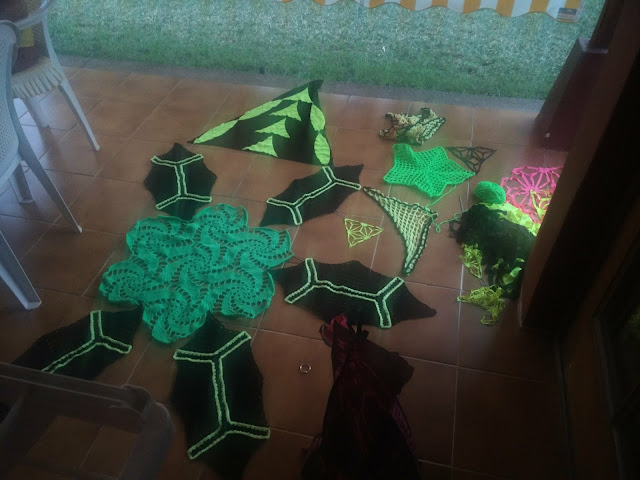 On the partyday we prepared our stuff and made enough food to survive the night. 6 hours were dedicated for decorating. The more the merrier. It was a bit of a challengs to put up deco on concrete walls. In Finland most of the venues are wooden cottages so this was a difficult one. Also we didnt have a ladder, but a human ladder did help:

Luckily there was a lot of nails and hooks on the walls so we managed to hang the decorations. The setup was improvised on the spot as always. This time it was important to avoid dirt and dust, so placing the decorations right was essential. Here you can see the final result: 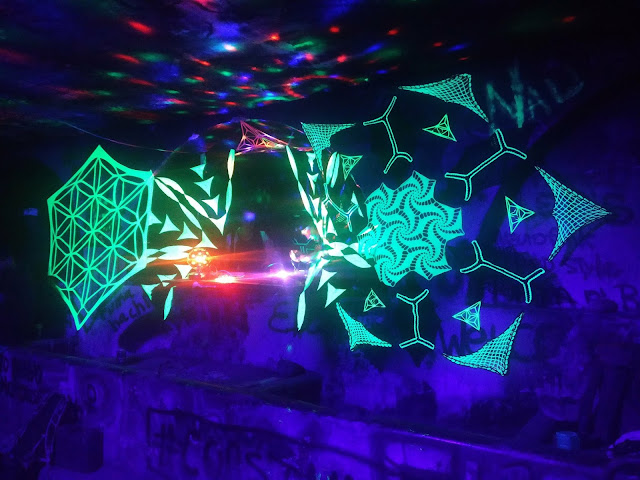 In the end there visited around 300 persons in the party and the local crew and crowd warmly welcomed our working effort, deco and music with multiple commends<3 So epic things done and this team will return for sure! 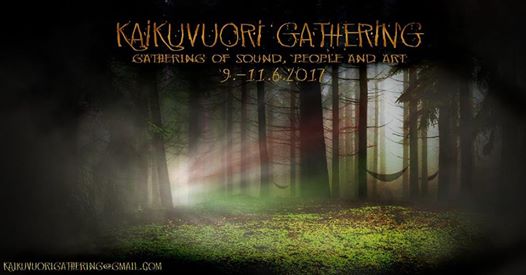 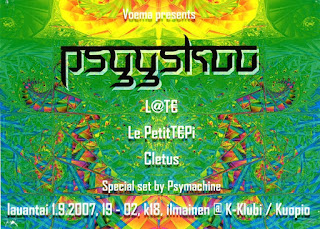 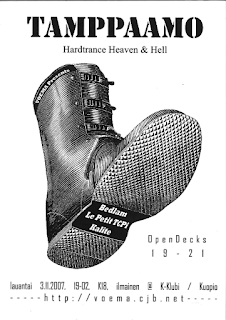 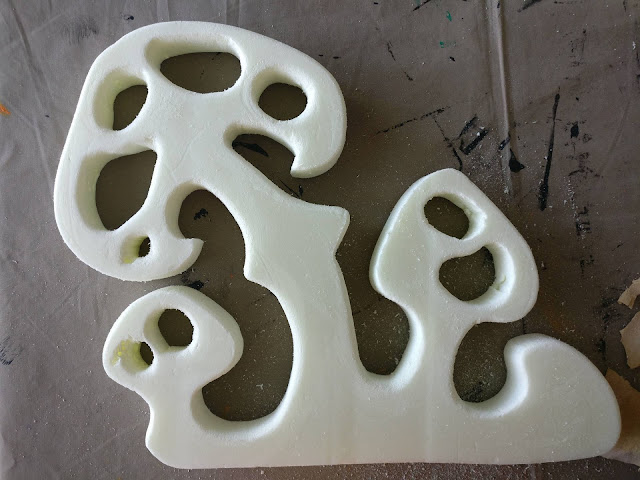 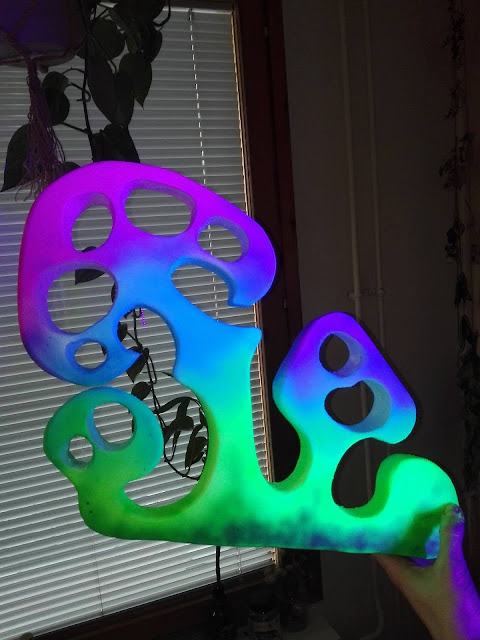 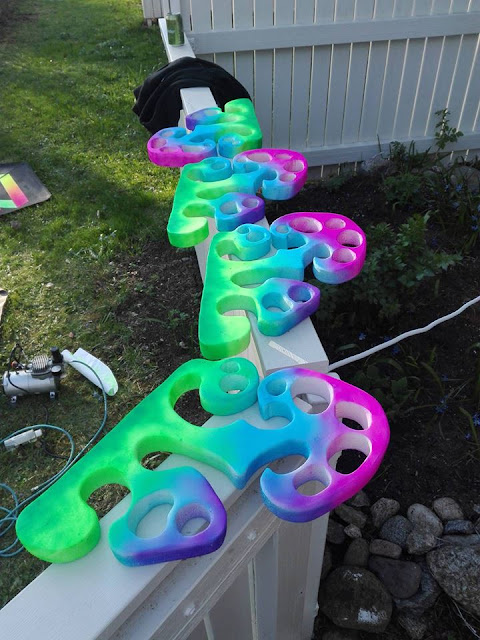 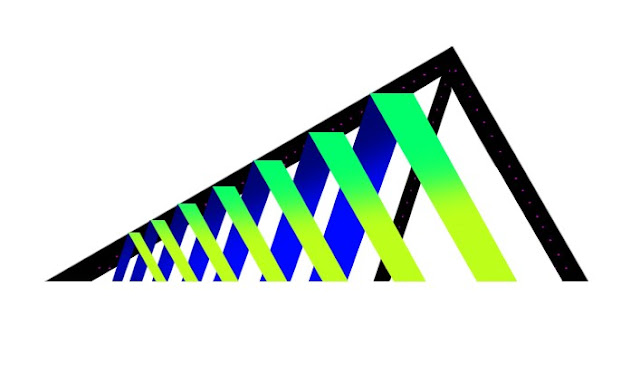 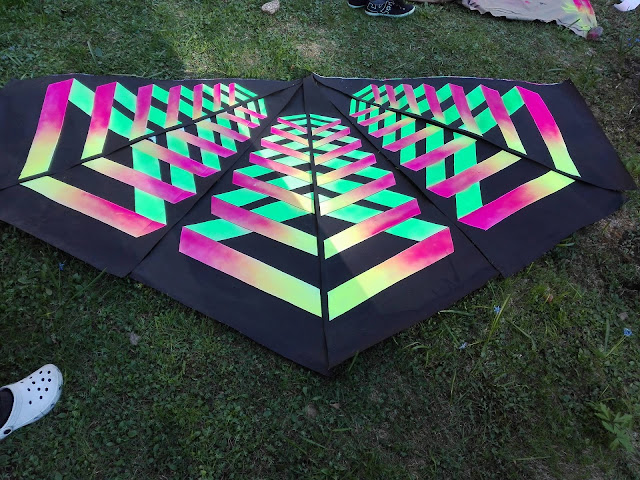 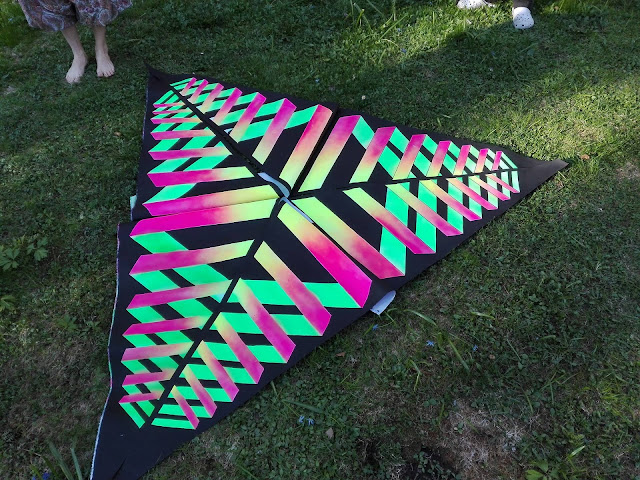 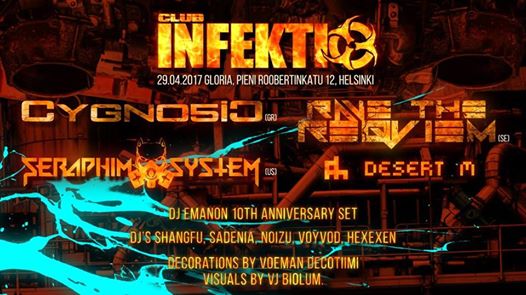 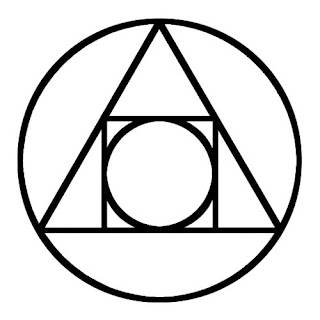 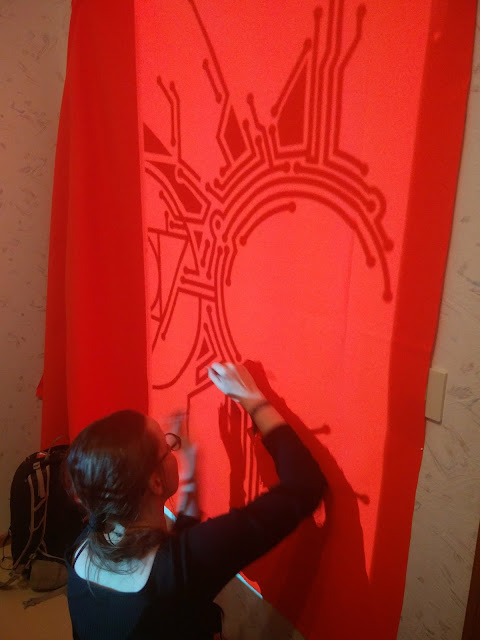 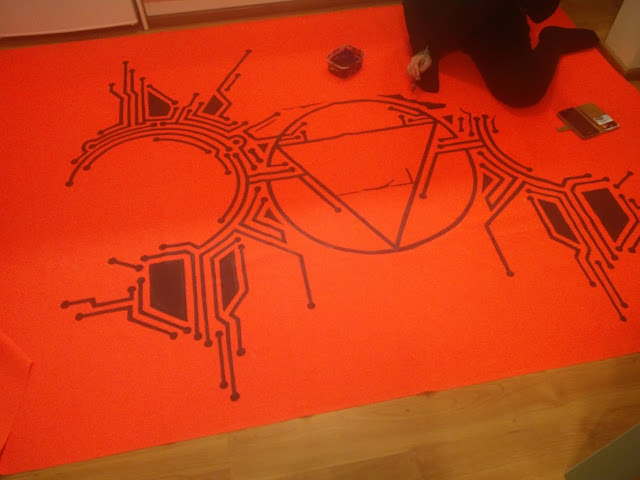 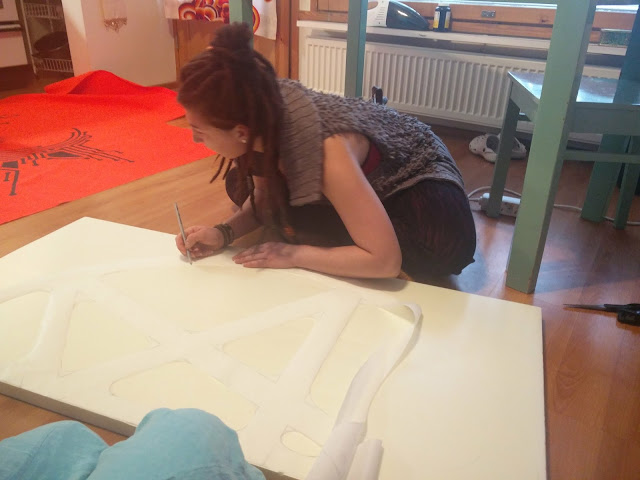 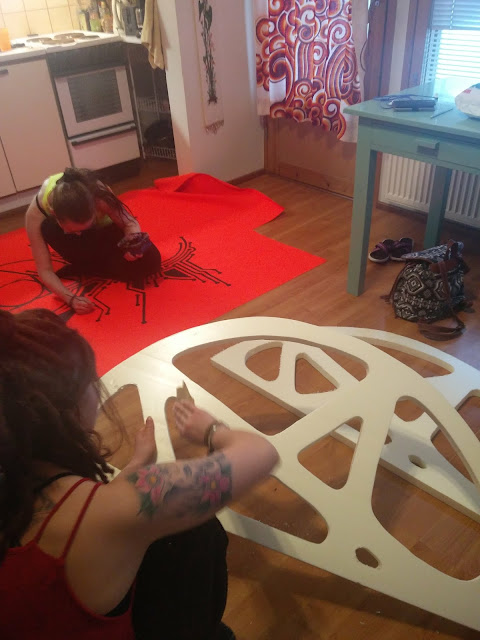 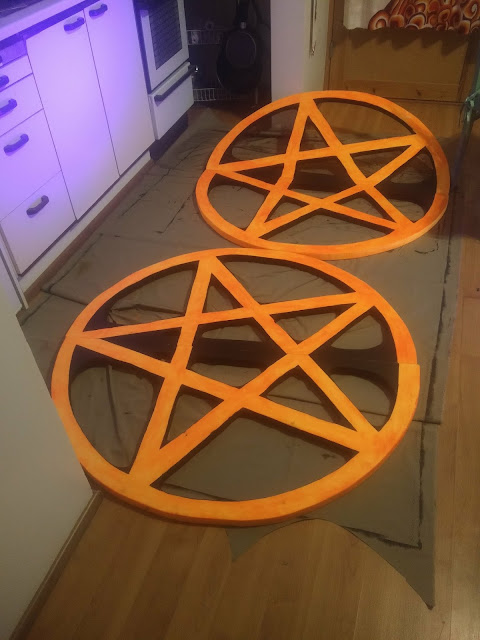 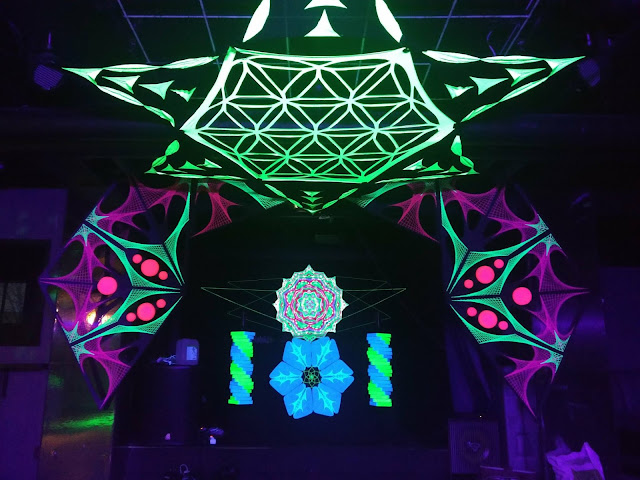